We use cookies to make your experience better. To comply with the new e-Privacy directive, we need to ask for your consent to set the cookies. Learn more.

The Rayburn Number 1 was the first generation of 'Rayburn' cooker, introduced in 1946 and manufactured up to about 1958.

How to identify the Rayburn No1 ?

The No. 1 is distinguished by having no insulating lid covering the hotplate. Each version had an optional boiler, which with 24 hours continuous burning, produced approximately 9000BTUs (26kW).

Both appliances required connection to a 30 gallon hot water storage cylinder, either on a direct or indirect system. Alternatively an optional side-tank could be used.

What is the difference between Old Pattern and New Pattern?

The firebricks were the same for each model, but some were changed when built as non-boiler versions - the boiler version having a rectangular fire-grate and the non-boiler a circular grate.

The other feature that changed on these models was the riddling method. This was originally done by opening the ashpit door, but on later models outside riddling was introduced, requiring an alteration to the bottom side bricks to accommodate it.

The cast iron boiler was referred to as the 12" boiler and was available with side tappings or top tappings. 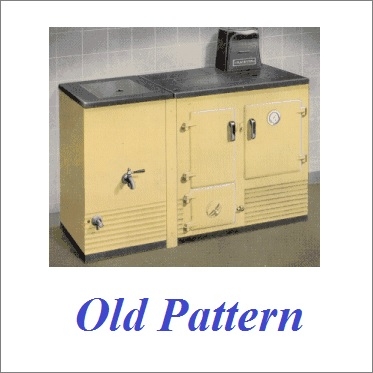 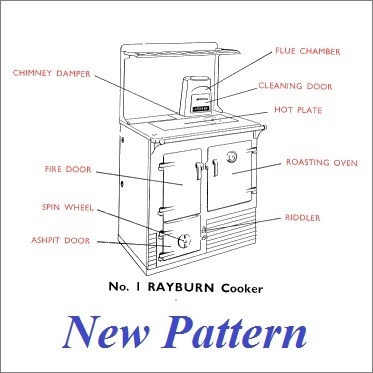